The firing of AstraZeneca Sales Director Michael Zubillaga is met with scorn by his colleagues. Here are some of the comments on AstraZeneca's message board on CafePharma:

"Evil flourishes when good men do nothing." Maybe someone finally spoke up...

The Zube was canned. What sweet justice. He was an "insider" with many many buddies at HQ. Guaranteed many are worried themselves now. So long, Zube.

Just think of the arrogance behind those words. What an arrogant prick to think of cancer patients as "cash" in your pocket. Unfortunately, this is the only face of AZ that any one out there will see.

this is what Pharmalot writes....Here's a thought or two: AstraZeneca says the newsletter was published "outside" of the required approval process. What does that mean? And it was the Winter edition newsletter, which means it circulated for awhile. Why was he fired now? No one inside the company saw this until now? Or was it because the drugmaker was embarassed the remarks became public? If AstraZeneca was really upset, why didn't the company act sooner?http://pharmalot.com/

Absolutely, he was probably applauded for his comments until they were leaked. AZ protected the good old boy until it went public, then so long zubillaga. they probably gave him one hell of a severance though.he was such a jackass.

Mike, from one AZ employee to another, I hope you f-----g rot selling the used cars on the worst car lost imaginable. Your stupid attitude just undid all the effort that's gone into trying to turn our industry's reputation around. C--------r.

At PharmaGossip, however, early results from a poll that just went up indicates most PharmaGossip readers feel that "Zube" shouldn't have been fired, because he just told it like it is and AstraZeneca is trying to put out a fire the company is responsible for starting. (click below to vote in the PharmaGossip poll, and to check current status): 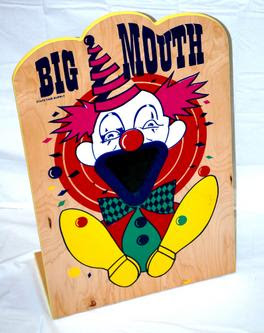 Finally, one blogger took the position that "Zube" really had a really big mouth. That sentiment was illustrated over at Bill of Rights with the image to the left.

And Impactivti used the Donald Trump covered above, in a post with the headline "Speaking your Mind - and Paying the Price"
Posted by Peter Rost at 10:34 AM